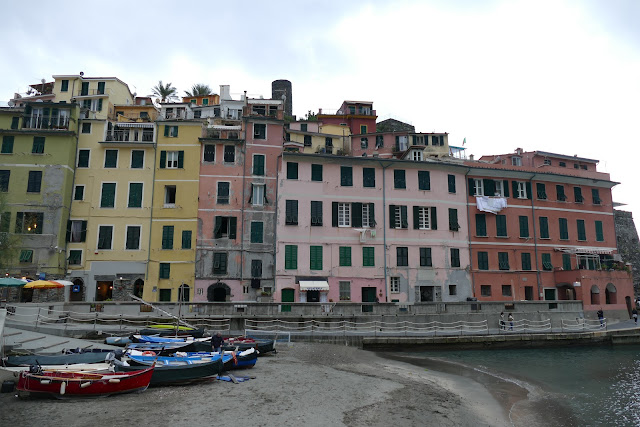 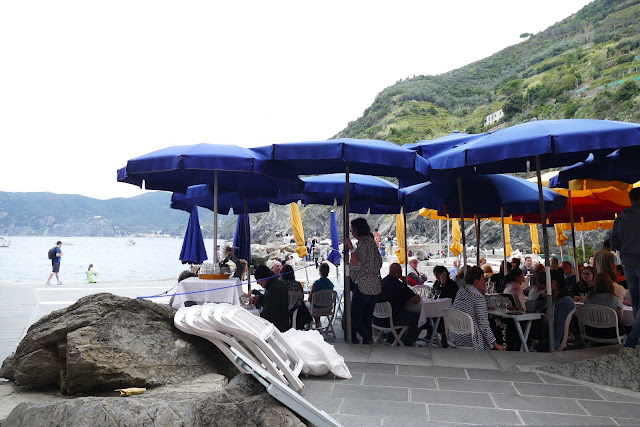 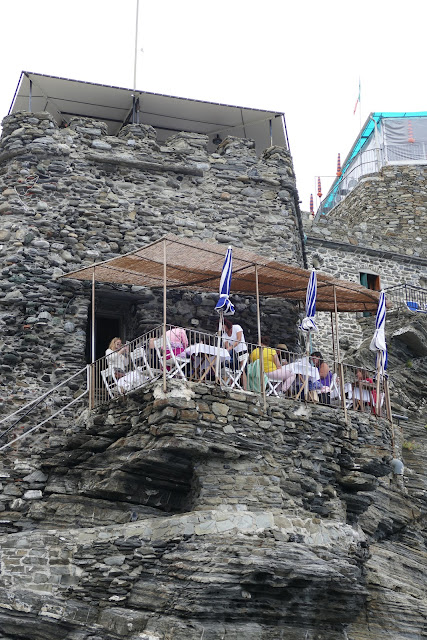 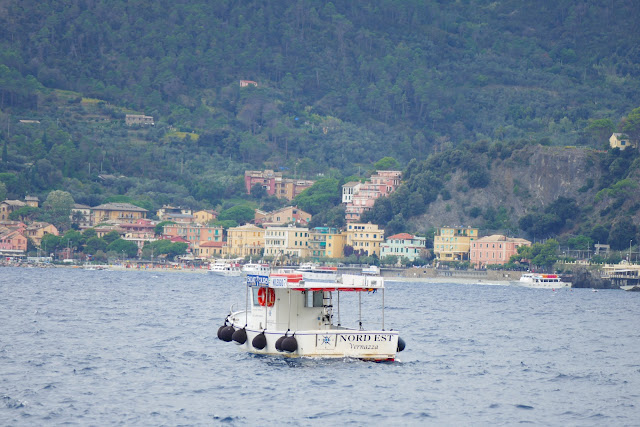 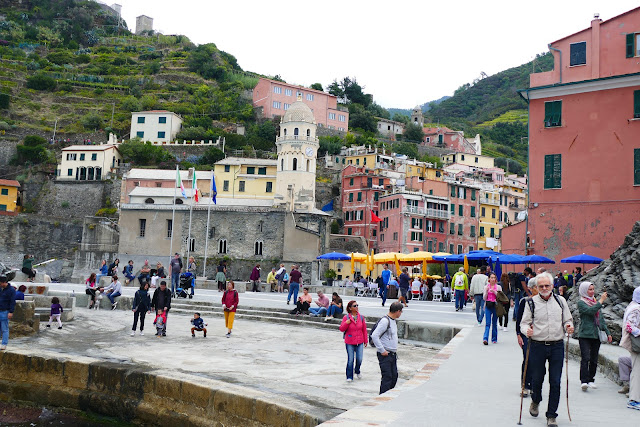 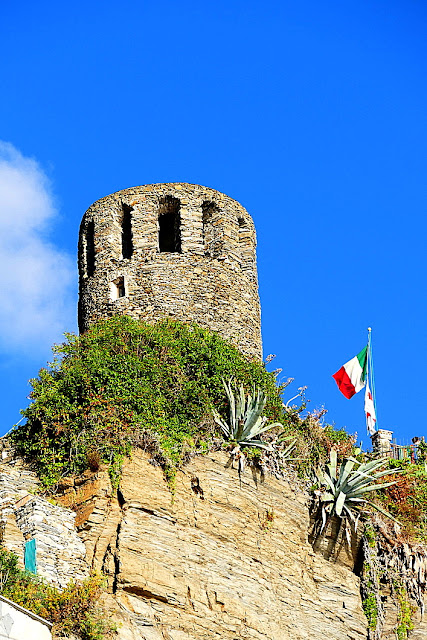 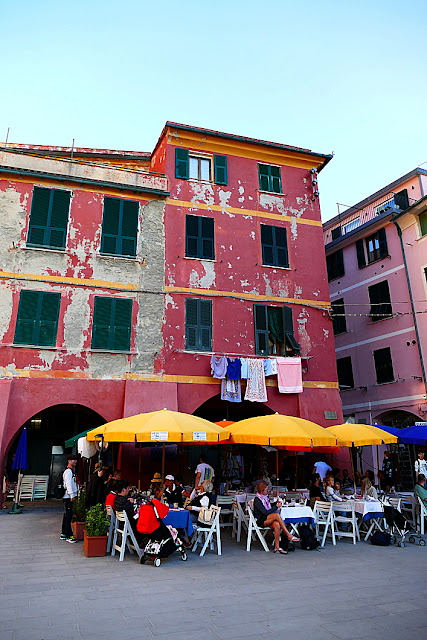 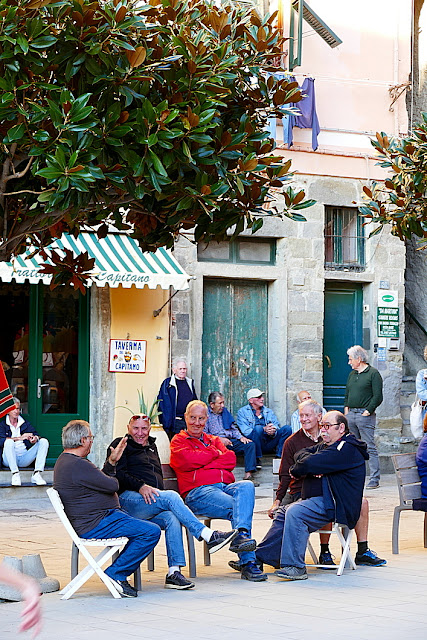 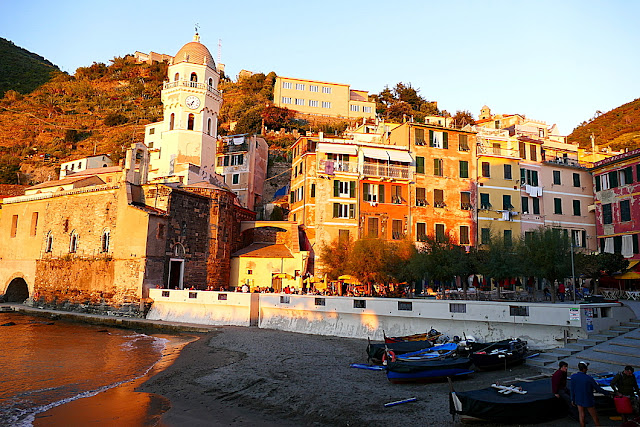 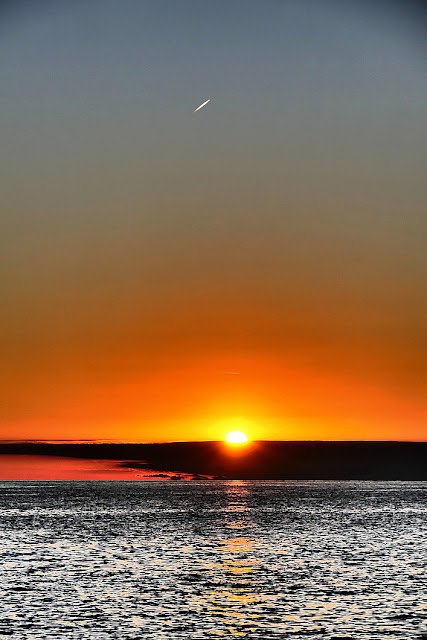 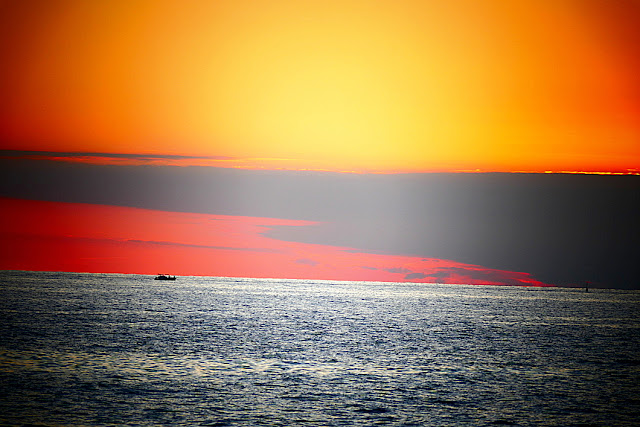 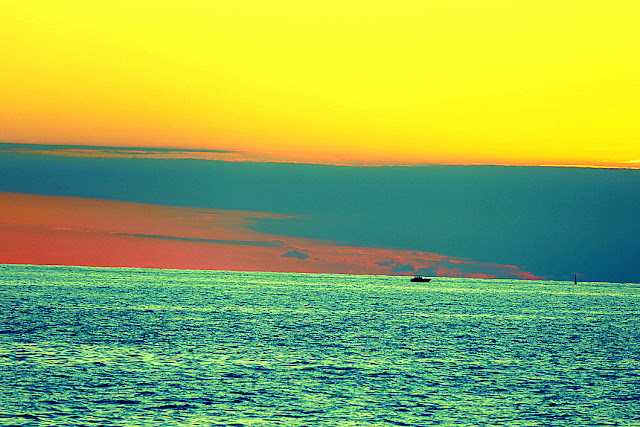 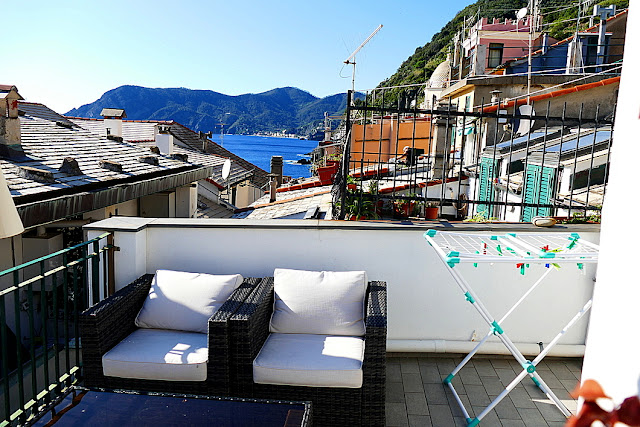 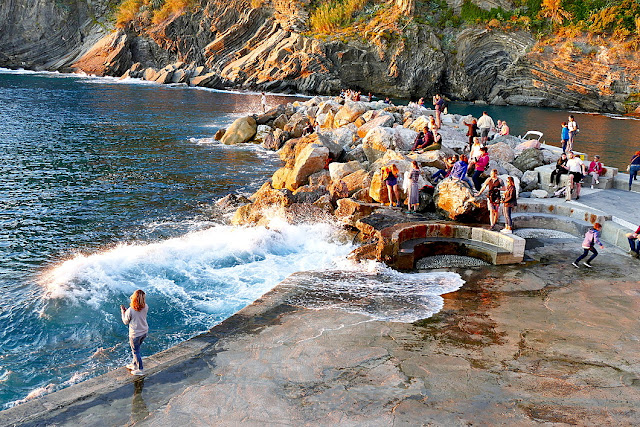 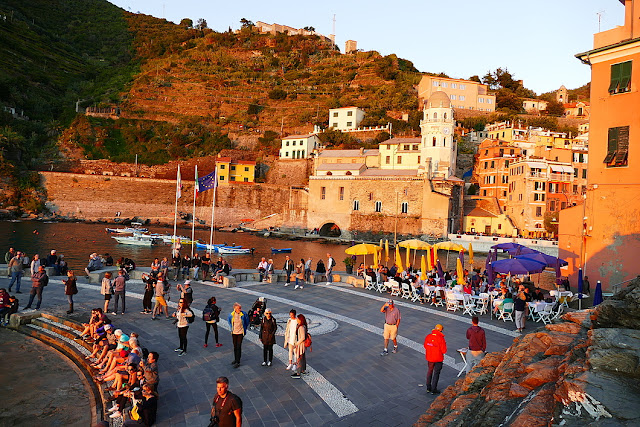 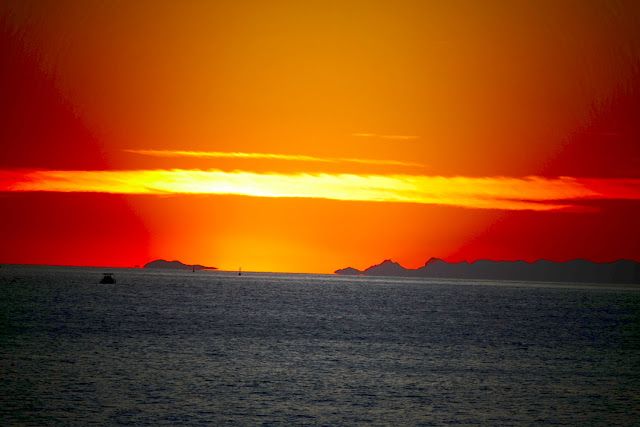 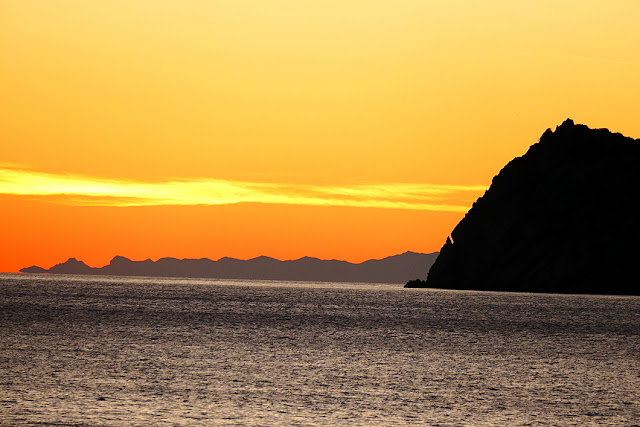 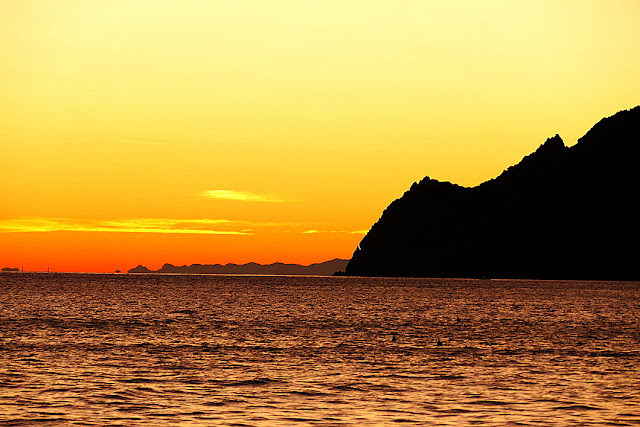 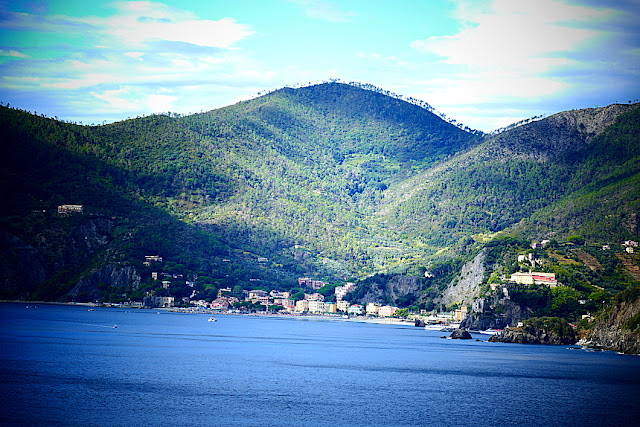 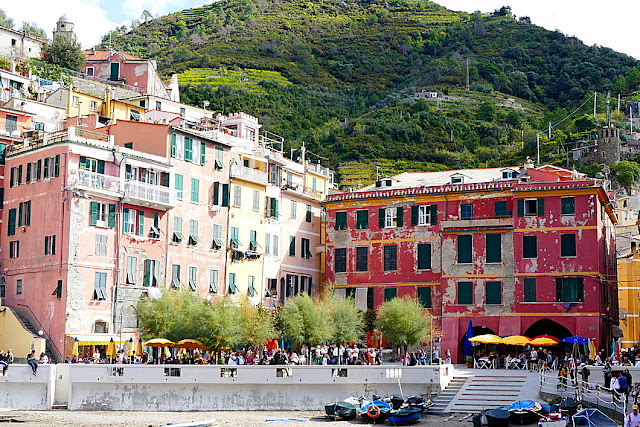 Vernazza, Italy, is one of the 5 centuries-old villages that make up the Cinque Terre, on northwest Italy’s rugged Ligurian coast. Colorful houses surround its small marina. The Santa Margherita di Antiochia Church has a bell tower topped by an elegant cupola. Clinging to the rocks, Doria Castle is a medieval defensive structure with a cylindrical tower. The Belforte bastion is just below it.

The Colors & Flavors of Cinque Terre

Snuggled in the evocative coastline of Liguria, the Cinque Terre present an enchanting postcard of pastel colored tower homes, rocky beaches and quiet trails among the terraces covered in vineyards, olive trees and private gardens. Vernazza is perhaps the crowning jewel among the five, named as one of the most beautiful towns of Italy, it is a traffic free village with architecture characteristic of the area, shops and monuments.

The fortified town is mentioned in documents starting a early as the 1080 and served as a military/naval base for marchesi Obertenghi as they worked to defend the coast from the Saracen pirates raids which often devastated the small towns to the left and right. For the next two hundred years, Vernazza was key to Genova's conquest of Liguria, providing port, fleet, and soldiers till they were eventually consumed by Pisa.

In Vernazza, you will find the typical Italian piazza where the locals would gather to "gossip" or spend time together. In local dialect, it is known as "u cantu de musse", and is one of the more characteristic corners of town.


The octagonal tower of 40 meters and the entrance, located in the apse side rather than in the facade side makes this church stand out for its exceptional simplicity and beauty and it also makes the choice for the brides in the area. St. Marguerite is the patron saint, and legend tells of a treasure chest containing the bones of her hand beached on the shore of Vernazza, lost and then found again the people of Vernazza saw it as a sign to build the church on the same spot where the bones were found.The church is mentioned for the first time 1318, however there is some debate as to its actual construction since the materials and mode of construction could place its origins earlier, some time in the 12th century. The Feast of Santa Margherita is the 20 of July where the town celebrates with a festival and fireworks.

The Doria castle contains one of the few of the original watch towers that protected Vernazza and its people during the reign of the Republic of Genoa.


The Sanctuary of our Lady of Regio

Located two kilometers above the train station, the sanctuary sits where is is once thought to be the site of the first town, before it moved closer to the coast. There is a path which you can follow to the 11th century sanctuary to view the Madonna di Reggio, a black-skinned Madonna which many call the "l'Africana." This image was apparently brought here to Vernazza at the time of the crusades, is venerated by many. The feast of the Madonna di Reggio is celebrated on the first of August.

The Convent of the Reformed Fathers of St. Francis, is now the government headquarters in Vernazza. Nestled within the city walls it is possible to view a tower (once one of the city watch towers), a cloister and a church which is no longer in use. This exceptionally beautiful convent was newly restored bring to life 14 marble covered tombs with latin inscriptions underneath the church floor.

There are two possible beaches in Vernazza.  The first and easiest to get to is near the harbor, with a small sandy beach and another one (a bit larger) which can be reached from the main square of the city. 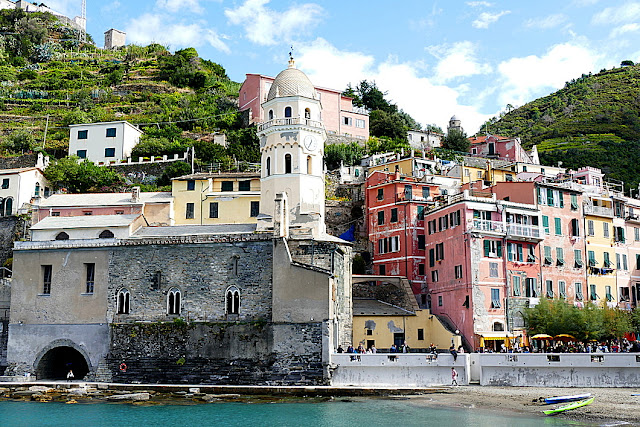 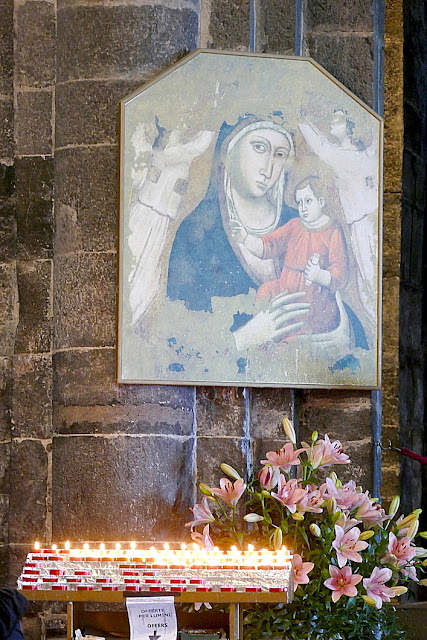 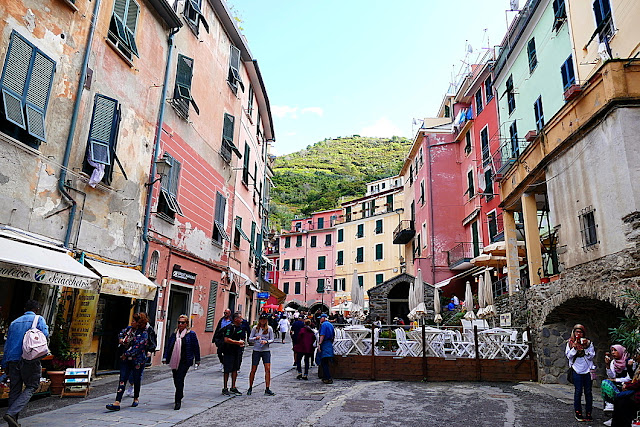