He called it a lesson in “How Republicans are born.”

Grover Norquist, the anti-tax crusader, was on Twitter Sunday, recounting how his 8-year-old “has been saving up to buy her first Guitar. Found it for $35. She had 35 exact. Then … sales tax.”
If he could, one suspects Norquist would have accompanied the last two words with scary music. Say, the shark theme from “Jaws” or the shower music from “Psycho.”

The twitterverse, as you might expect, was only too happy to point out the obvious to Norquist and his traumatized daughter. Namely, that the tax on her guitar — that princely $2 and change — helps pay for the road over which the guitar traveled to the store. And the police who defend the store from being robbed. And the firefighters who respond if it catches fire. And, in whole or in part, the school where Norquist’s daughter learned to count to 35 in the first place.

But at risk of piling on, there is another point that bears making here, a simple and obvious one that tends to get lost in the GOP’s loud acrimony toward this government surcharge. Namely, that we pay taxes as an investment in the common good. It’s a prosaic, unlovely little ritual which is nevertheless more patriotic — and certainly more substantive — than fireworks on the Fourth of July.

That’s not to say it’s fun. Sacrifice seldom is. Nor is this an endorsement of wasteful government spending. To the degree Republicans or anybody else oppose that, no sensible person can disagree.
But as Norquist’s tweet suggests, the contention of many Republicans is not that over-taxing is bad, but that all taxing is bad. And that amounts to a retreat from the very idea of a common good. Exhibit
A: the party’s latest proposal to overhaul healthcare, and the “Let ’em eat cake responses” to the idea that 22 million people will be be deprived of coverage in order to finance tax breaks for the very wealthy.

Kellyanne Conway opined that those who lose their Medicaid “can always get jobs.”
Which will doubtless surprise many low-income workers who depend on it. They thought they already had jobs, albeit jobs that don’t offer health insurance.

A woman on Twitter asked what will happen to her son “born at 26 weeks with a serious heart condition.” Another woman replied: “Sorry about your son, but what would he have done 200 years ago things are much better but nothing is promised to anyone.”

“Sorry about your son.”

There is something chilling about that dismissal, something deeply selfish and antithetical to a nation founded upon an ideal of individual human worth. One is reminded of a Springsteen song: “We Take Care of Our Own.”

But do we still believe that? Or are we now a nation where we only take care of ourselves?

“Sorry about your son?!”

No. That’s not good enough.

We pay taxes, fund libraries, schools, fire and police departments and, yes, healthcare, so that her son and all our sons and daughters have the best possible shot at the best possible life. At some point, you have to grow up and realize that you are not in this world only to gratify yourself, that each of us has an obligation to all of us, and that this is where our goodness — and thus, our greatness — resides.

That’s how Americans are born.

Another July picture of the month 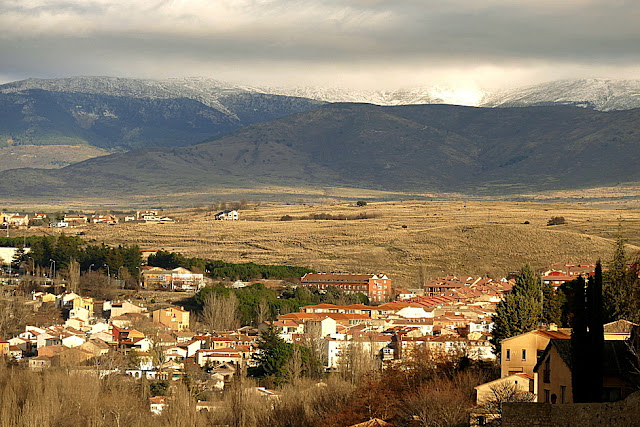 Email ThisBlogThis!Share to TwitterShare to FacebookShare to Pinterest
Labels: Another July picture of the month

Another July poem of the month

As old women shiver on the open plain
with buckets of water and wood
for kivas to send pinion-wood smoke
blowing through sage and high desert mesa,

you can press your ear
against a low moon
settling on the snowy foothills of Sangre de Cristo;
and hear dangling corn twirling

in the wind, whistling
through horse and cow skulls,
mud and straw
and over the cemetery’s white crosses

past a few old men straddling
a fence smoking tobacco
and waiting for winter.

and sense how the darkness
once filled everything
with the weight of wild horses.

Email ThisBlogThis!Share to TwitterShare to FacebookShare to Pinterest
Labels: Another July poem of the month 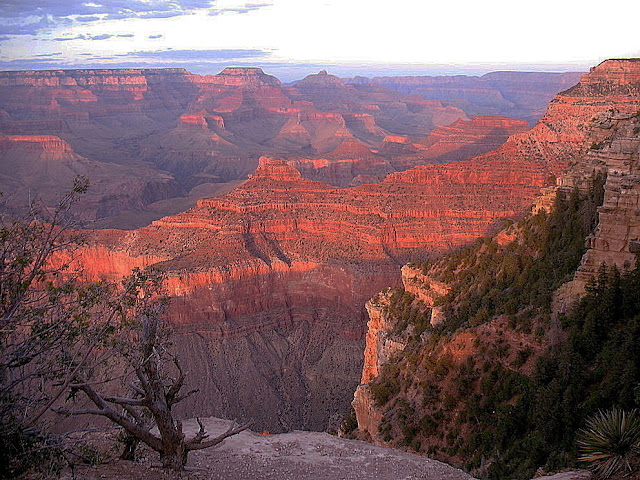 Email ThisBlogThis!Share to TwitterShare to FacebookShare to Pinterest
Labels: July picture of the month-the Grand Canyon

July poem of the month

He waits in the cold
with schnapps and a twenty-two rifle
in a wooden look-out tower
on stilts overlooking a clearing,

now the thin winter ice,
as the moon’s face slips across it,
hoping a wild pig or a hungry deer
will be suddenly caught by surprise.

as it plucks its way through
the hedgerows.
He warms his body with alcohol
under the weight of the moon

the late winter night forms.
They look through the darkness
knowing that nothing protects them
but the warmth within.