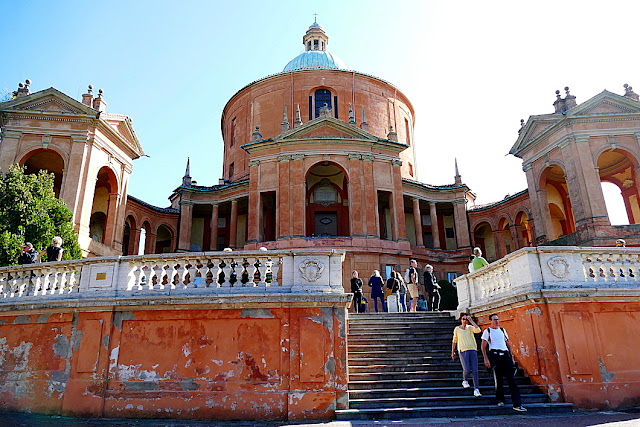 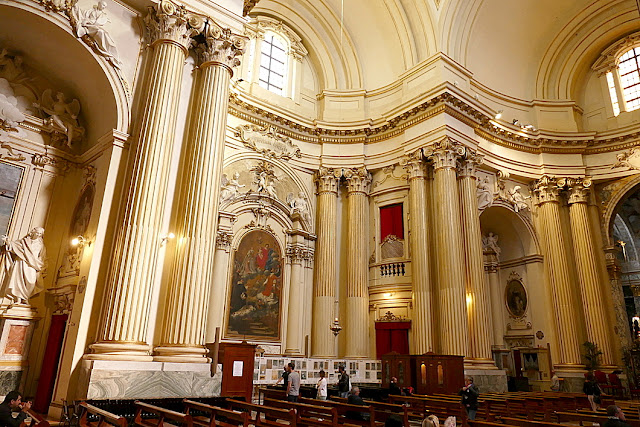 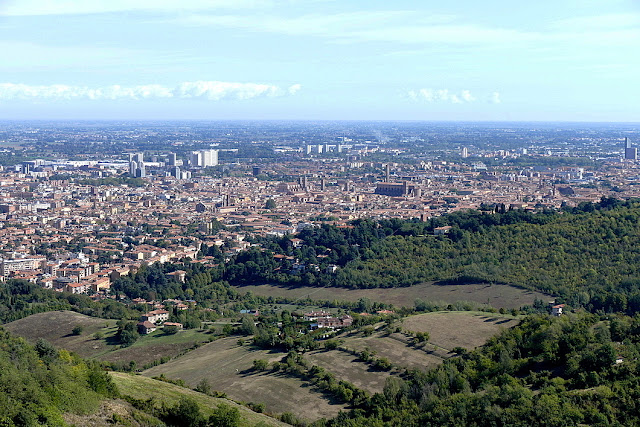 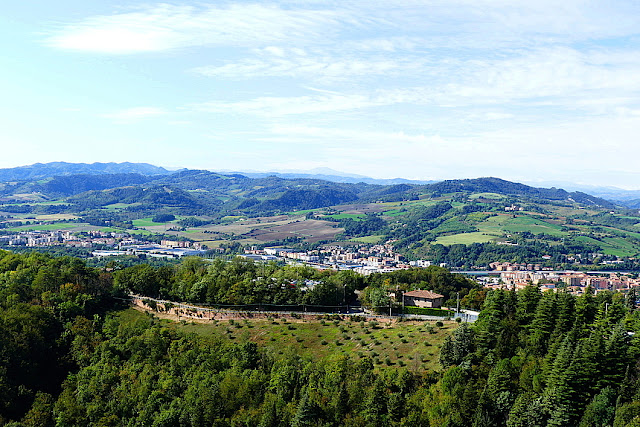 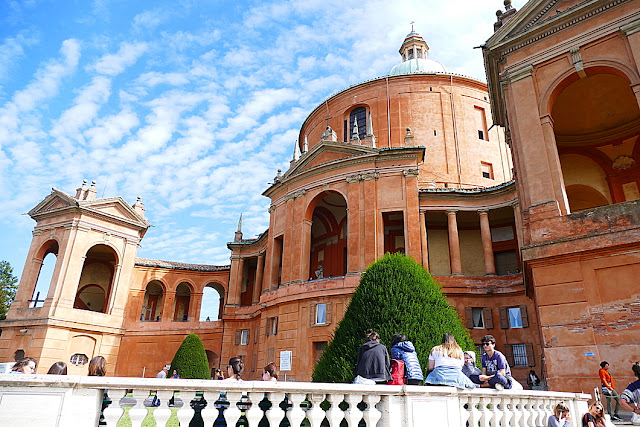 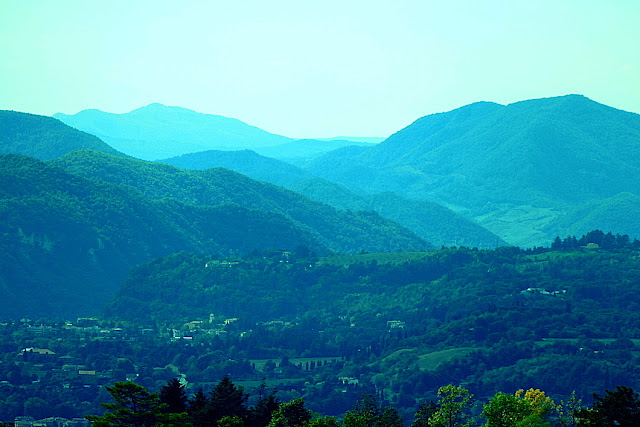 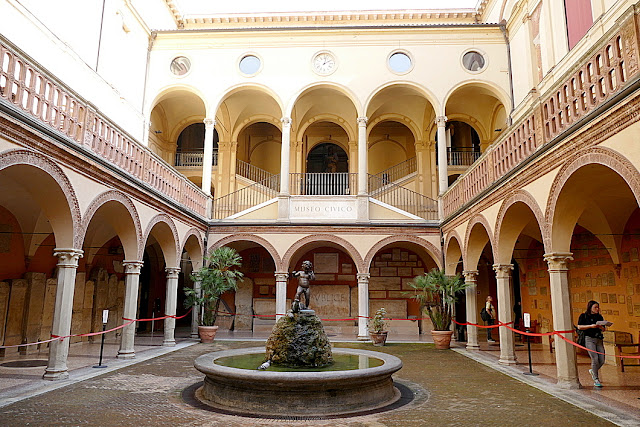 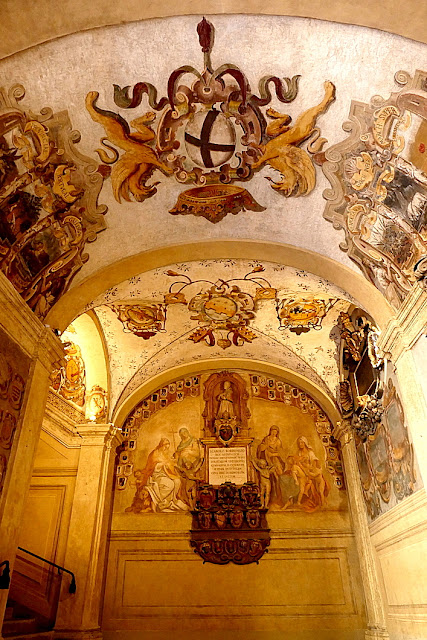 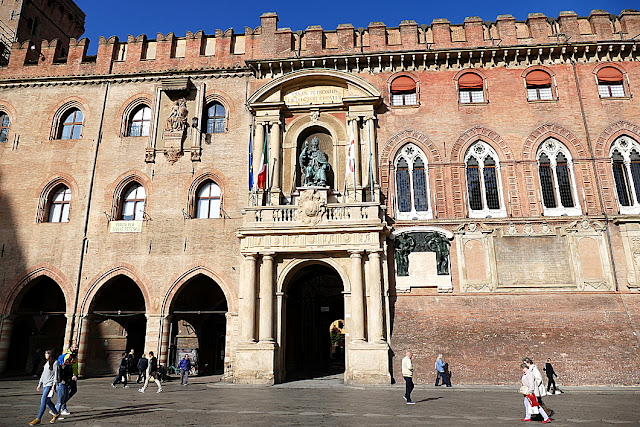 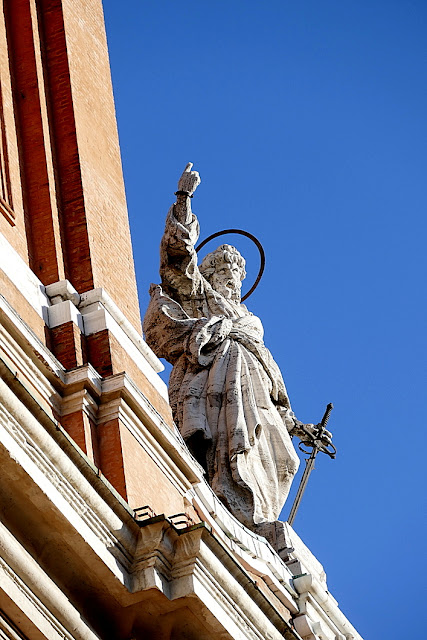 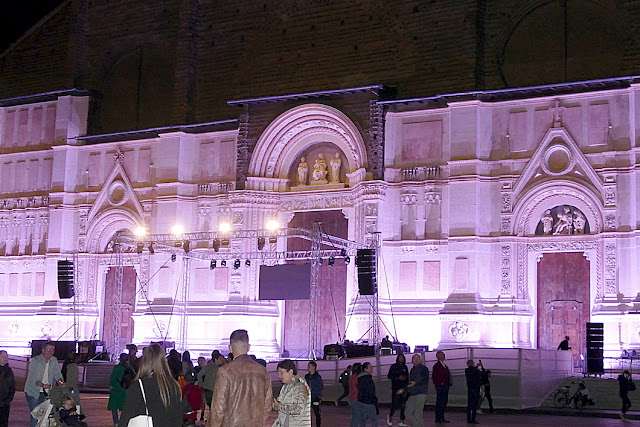 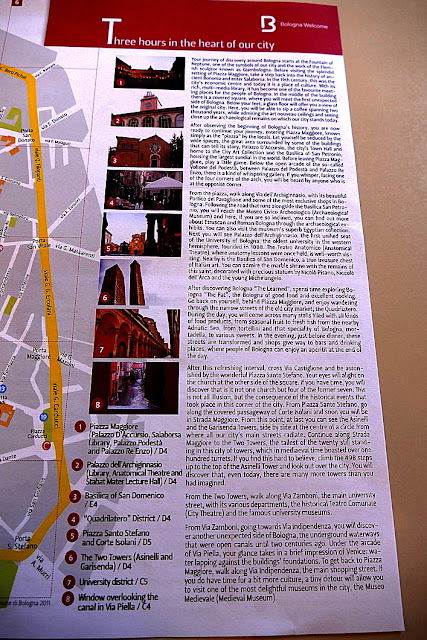 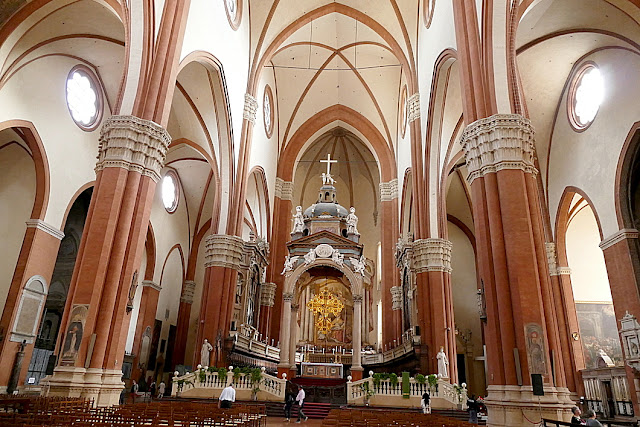 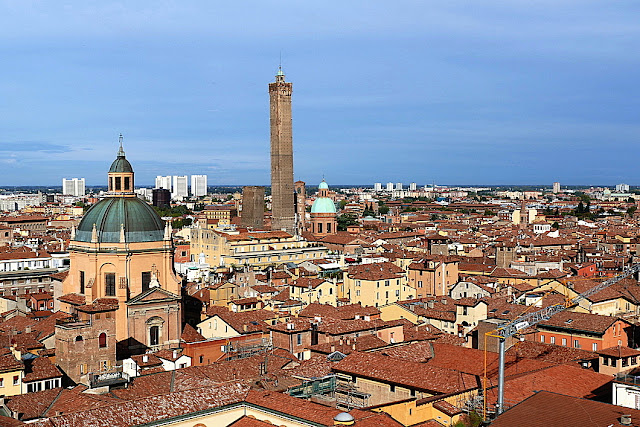 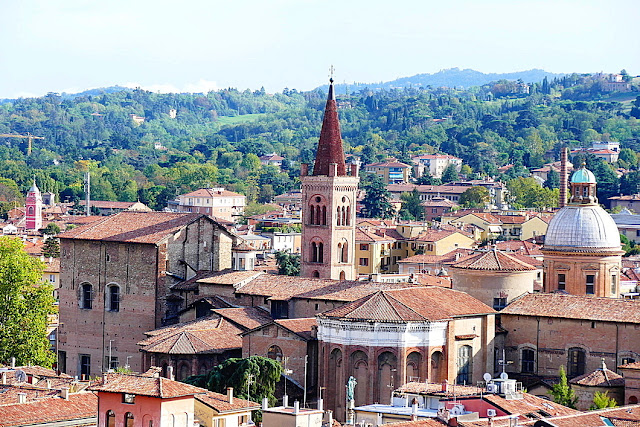 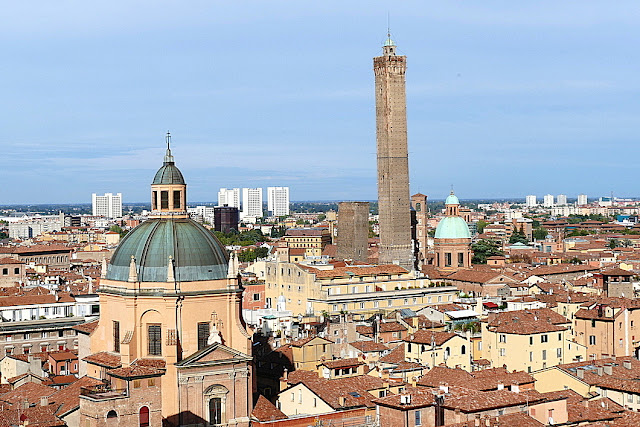 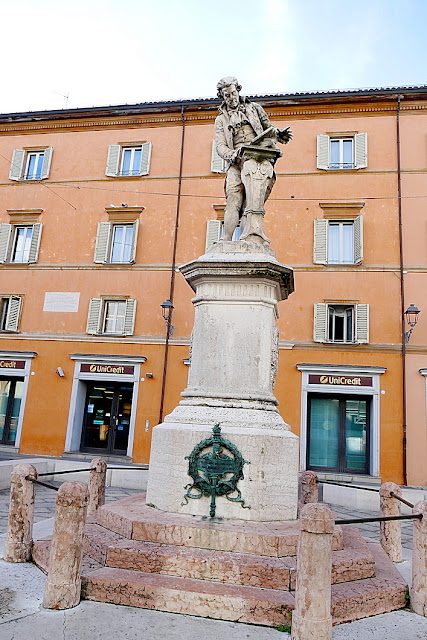 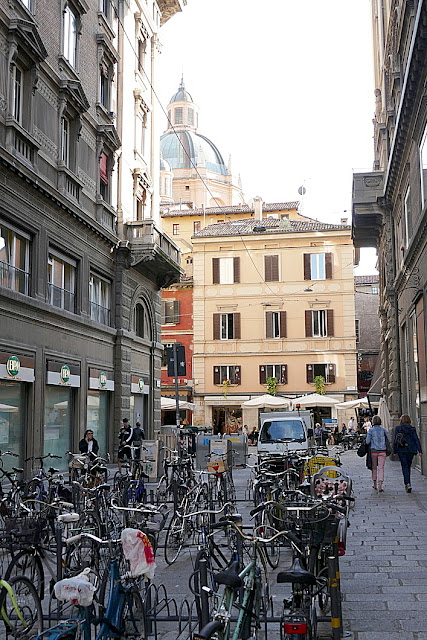 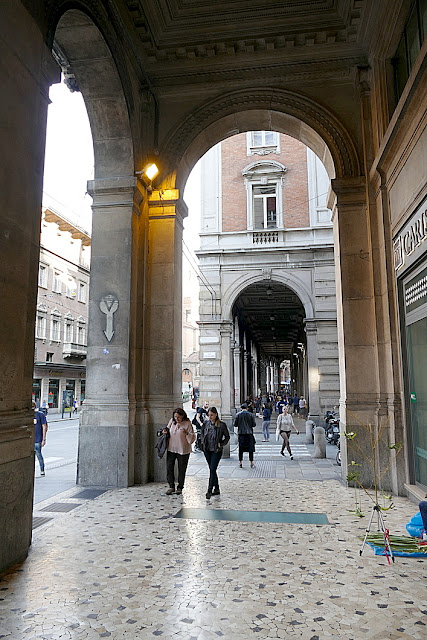 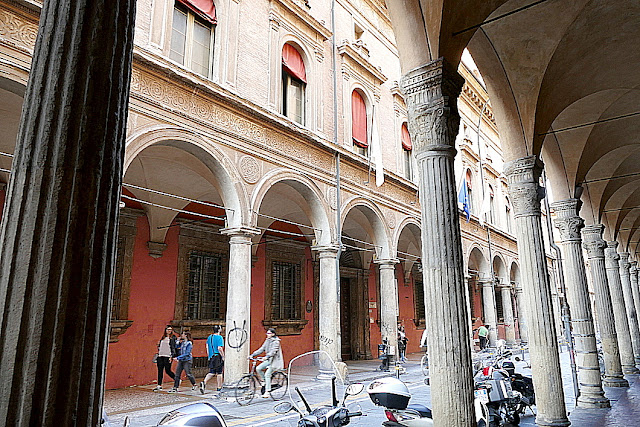 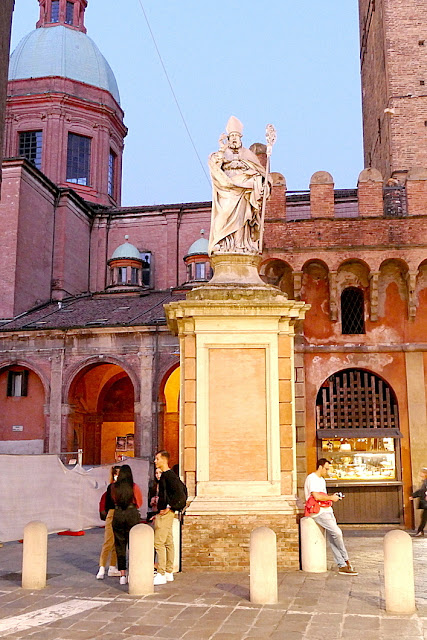 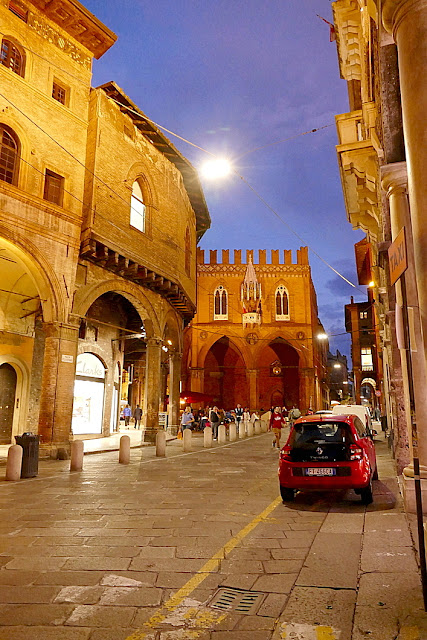 This is a stimulating, hectic, fast-paced city of 300,000 plus an additional 200,000 students making it gritty, earthy, an-on-the-run sort of lifestyle and yet, with its walls and towers, street-scene lifestyle of pubs, cafes, small restaurants, coffee and/or wine and beer on every other corner, a sprawling university in terms of people and architecture, murals and paintings, archways and statues and earth-tones in building design and color, the city jumps at you, throws history into your face and you tend to love it. You walk into a church and realize it is seven different churches and as you wander about you hear Gregorian chants and music, see the artifacts and splendor in the religious values of Christianity and then walk into another Cathedral and are amazed at its size and dedication to its beliefs and convictions. A panorama terrace with wonderful overview scenes of the city await you and your camera. The university library is majestic and full of ceiling and wall paintings, murals and sculptures. The city sidewalks are often marble, the streets cobble-stoned, the shopping with artfully designed storefront windows showcase superior Italian products plus the oldest existing, and continually operating educational institution in the world is the University of Karueein, founded in 859 AD in Fez, Morocco but the University of Bologna, Italy, was founded in 1088 and is the oldest one in Europe.

So, there you have it, a city full of excitement in the arts, theater, literature, education and science as well as high-tech and food reasonably priced due to the student influence. There is excitement in the air as you walk through the heart of the city and street music everywhere. At night there is music everywhere, crowds of young people, restaurants and outdoor cafes filled to the brim, and it is a shop-till you drop on-going environment yet there are parks and quite spots as well. The museum that tells the story of Bologna is wonderful and the archeology museum is just as great. It is well worth a visit.

Bologna started life in the 6th century BC as Felsina. For two centuries it was the capital of the Etruscan Po valley territories until tribes from Gaul took over, renaming it Bononia. They lasted another couple of hundred years before surrendering to the Romans. As the Western Empire crumbled, Bologna was successively sacked and occupied by Visigoths, Huns, Goths and Lombards.
The city reached its pinnacle as an independent commune and leading European university around the 12th century. Wealth brought a building boom and every well-to-do family left its mark by erecting a tower – 180 of them in all, of which 15 still stand today. The endless tussle between the papacy and Holy Roman Empire for control of northern Italy inevitably involved Bologna. The city started by siding with the Guelphs (who backed the papacy), going against the Ghibellines, but adopted neutrality in the 14th century.

Following a popular rebellion against the ruling Bentivoglio family, during which the family’s palace was razed, papal troops took Bologna in 1506 and the city remained under their control until the arrival of Napoleon at the end of the 18th century. In 1860 Bologna joined the newly formed Kingdom of Italy.

During heavy fighting in the last months of WWII, up to 40% of the city’s industrial buildings were destroyed. However, the historic town inside the walls survived and it has been lovingly and carefully preserved.

Today the city is a centre for Italy’s hi-tech industries and is a popular trade-fair venue.

Then there is Sanctuary of the Madonna di San Luca on the outskirts of the city but still Bologna proper high above the city.

As a traditional religious object of cult linked to the devotion of the image of the Blessed Virgin of St. Luca as well as comforting visual landmark for the Bolognese returning home, the sanctuary located on the Colle della Guardia is one of the symbols of the city itself.

The over 600 arches of the portico, unique in the world for its length of almost four kilometers (3,796 m), connect the sanctuary to the city and provide shelter for the yearly procession that since 1433 leads the Byzantine Madonna and Child to the cathedral in the city centre during the Ascension week. Its construction began in 1674 with the building of the Bonaccorsi archway by G. G. Monti over Porta Saragozza.

The same architect also designed the layout of the portico at the foot of the hill, with its extremely moderate and simple style, which was followed by his successor, C.F. Dotti, starting from the 1720s. Dotti’s contribution, which is expressed in the final section of the portico, is characterised by a dynamic variation of perspectives and vanishing points that lead up to the final, dramatic view of the sanctuary.

The start of the path uphill is highlighted by the Meloncello Archway that crosses via Saragozza, designed by Dotti probably with the contribution of the stage designer Francesco Bibiena. This niche, with its curved plan and that uses the free column, represents, together with the open area in front of the basilica, the only outdoor example of the Baroque style in the city.

The church as we see it today was built by Dotti between 1723 and 1757 in place of an earlier 15th-century church, while the two outside tribunes were brought to completion by his son Giovanni Giacomo in 1774. The outside structure is fully congruous with the Bolognese tradition. It is devoid of emphatic and solemn decorations, displaying the characteristically simple curve profile supporting the dome. The indoor structure with an elliptic plan opens in a Greek cross culminating in the main altar that stands before the chapel of the Virgin. The decorations were commissioned to V. Bigari for the frescos, A. Borelli and G. Calegari for the stuccoes and A. Piò for the statues. Among the additional artists decorating the church who are worth mentioning, the most important are Guido Reni (third altar to the right), Donato Creti (second chapel to the right), Giuseppe Mazza (chapel of St. Antonio da Padova) and Guercino (major sacristy).

In 1930 Ferruccio Gasparri built a single-pylon cable-way running along the 220 metres slope between via Saragozza and the sanctuary. The controversy concerning the cancellation of the devotional route by foot was resolved with the definitive closure of the cable-way itself.
As of April 7th, 2017, thanks to the association "Succede solo a Bologna", it is now possible to reach the small panoramic terrace of the San Luca Sanctuary by the 100+ steps of the ancient spiral staircases leading up to the attic. From there - at a height of about 42 meters above the Colle della Guardia (300m above sea level) - it is possible to enjoy a unique 180-degree view of Bologna, from the hillsides to the city centre, up to Casalecchio di Reno.